Apply for Services
Please be advised that our office will be closed to the public for the week of Monday, January 25, 2021.  We will reopen again on Monday February 1, 2021 at 8:30am. During the week of Monday, January 25th we will still be providing service via telephone, email, or via website.
Covid-19 update: We continue to provide legal services via telephone and online. If you do not have a phone or internet, we may be able to serve you at our office. Please push the intercom button to talk with us during business hours Click here for more resources 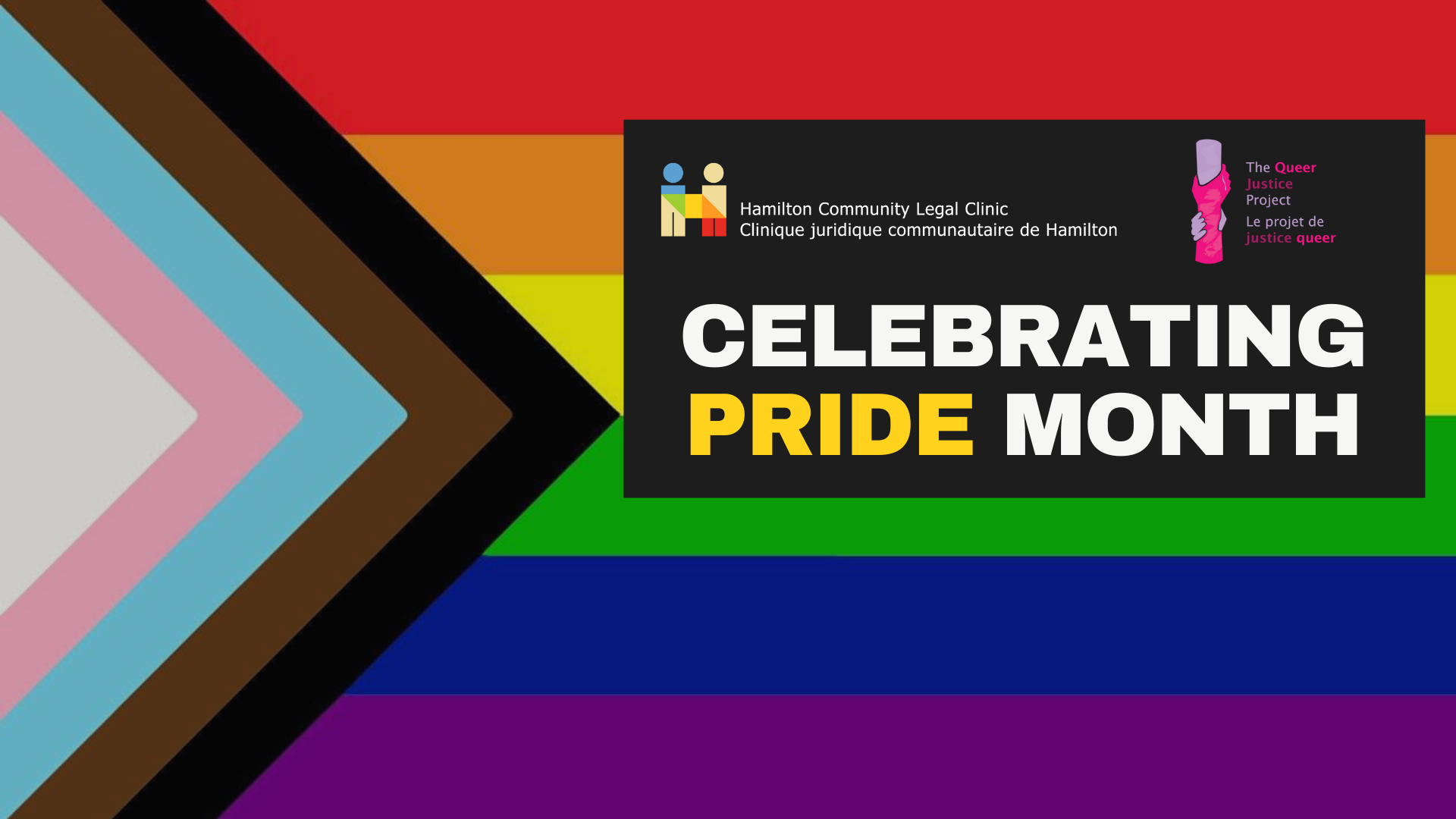 Note: The Queer Justice Project recognizes that language is important. In an effort to be inclusive, we use the language “Two Spirit and LGBTQIAPGNC communities” to de-colonize our work and represent and affirm people’s diverse identities and lived experiences. When referring to historical events, we aim to be as inclusive as possible while also being accurate to the language used when these events took place. For this reason, LGBT is used in this article when referring to historical events that used this term. However, going forward, the Queer Justice Project will use the more inclusive terminology of Two Spirit and LGBTQIAPGNC communities.

This month-long celebration takes place in June to commemorate the anniversary of the Stonewall Rebellion, which took place on June 28, 1969. On this date, the Stonewall Inn, a bar catering to LGBT patrons, was raided by police and in a ground-breaking demonstration of strength and courage against homophobia and hate, its LGBT patrons fought back in a collective uprising. Many credit Marsha P. Johnson, a black transgender activist and drag queen, of being instrumental in the Stonewall Rebellion.

The Stonewall Rebellion sparked demonstrations and led to the creation of the first LGBT Pride march. Activist Brenda Howard is known as the “Mother of Pride” for organizing the first LGBT Pride march and originating the idea for a week-long series of events around Pride Day, the anniversary of the Stonewall Rebellion. This has now transformed into a month-long celebration of Pride, where members of the Two Spirit and LGBTQIAPGNC communities and their allies celebrate every June in events around the world that commemorate the brave and courageous actions taken by folks to fight oppression and champion human rights and dignity for members of the Two Spirit and LGBTQIAPGNC communities.

In January 1979, Montreal and Vancouver each held an official Pride march and festival, becoming the first Canadian cities to do this. The Hamilton Gay and Lesbian Alliance (GALA) launched the first Pride events in Hamilton in 1991 and since then, annual events take place in June during Pride, culminating in a community festival in Gage Park.

In June 2019, the Hamilton Pride event was violently disrupted by a group of hateful protestors. An independent review of the Hamilton police is currently underway to investigate the response of the Hamilton police to the violent protests and to examine the procedure, leadership, and culture in the Hamilton police. While there has been significant progress made since the Stonewall Rebellion that initiated Pride Month, events like Hamilton Pride in 2019 demonstrate that there is still much work to be done to fight discrimination and hate. The Queer Justice Project is dedicated to educating and empowering Two Spirit and LGBTQIAPGNC communities in Hamilton and improve access to justice for members of these communities.

Unfortunately, due to the COVID-19 pandemic, the way that we celebrate Pride this year will be different. On March 25, Pride Hamilton issued a statement that Pride in the Park 2020, previously scheduled for June 20, has been cancelled due to the ongoing public health emergency. Despite this, events are being organized to celebrate the Two Spirit and LGBTQIAPGNC communities and commemorate the history of Pride, in virtual, socially-distant spaces. We recognize that it is especially important in times like these to connect with and hold space for folks and to reflect on and celebrate the resilience and strength of Two Spirit and LGBTQIAPGNC communities.

Wishing everyone a safe and happy Pride,