Apply for Services
Please note that our office will be closed on Monday, June 21, 2021 for National Indigenous Peoples Day.  We will be happy to assist you when our office reopens on Tuesday, June 22, 2021 at 8:30 AM.
Covid-19 update: We continue to provide legal services via telephone and online. If you do not have a phone or internet, we may be able to serve you at our office. Please push the intercom button to talk with us during business hours Click here for more resources 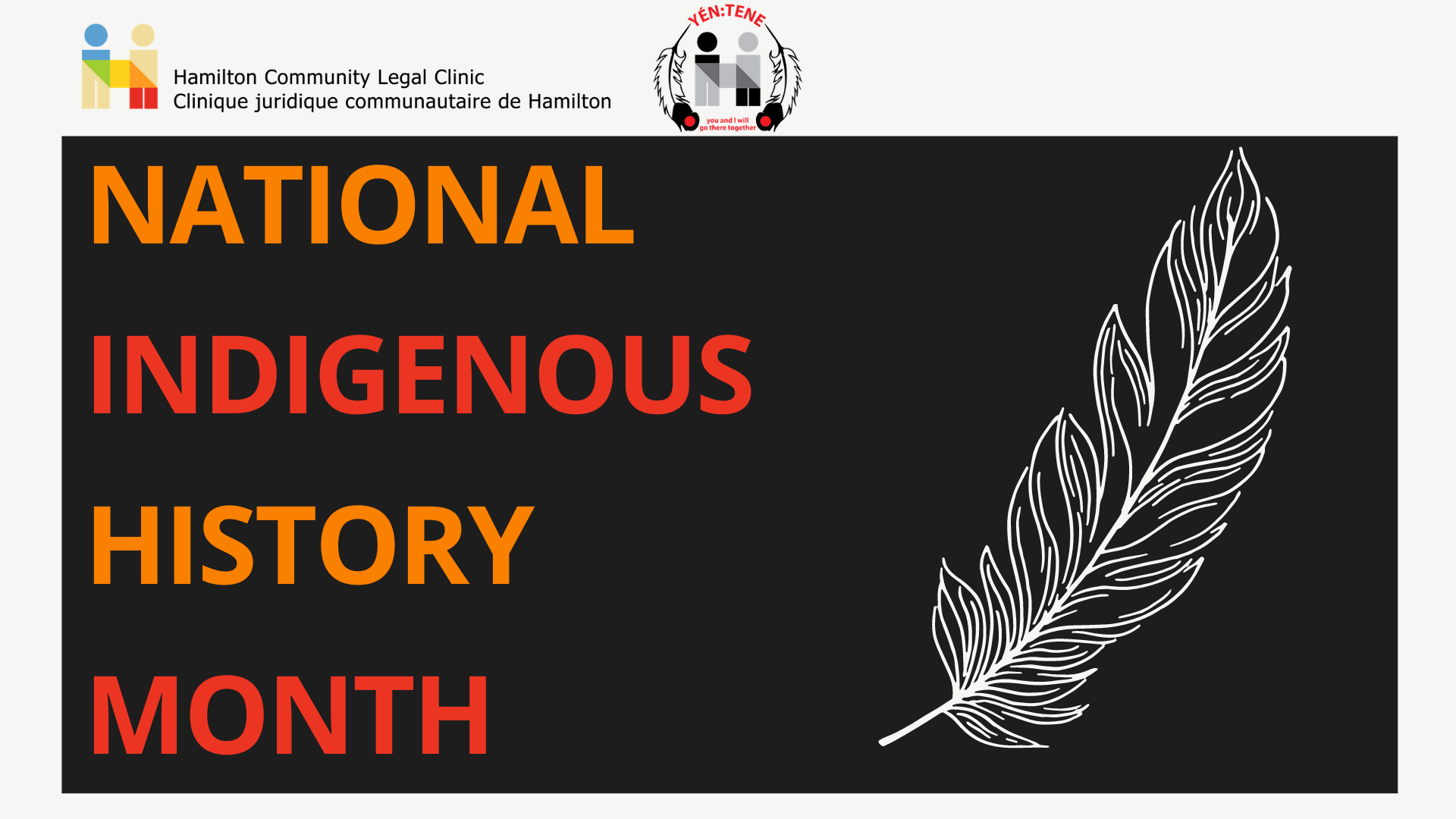 June 1st commemorates the first day of National Indigenous History month. Now, more than ever, we must  to reflect upon and learn the cultures, contributions and histories of the First Nations, Inuit and Metis people. It is also a time to reflect upon and act against the colonization and genocide that is enacted by Canada.

To learn more about our indigenous justice program: https://hamiltonjustice.ca/en/community-justice/indigenous-justice/

Here’s the timeline on how Indigenous History Month came to be:

1982:  The National Indian Brotherhood (now known as the Assembly of First Nations) called for the creation of a National Aboriginal Solidarity Day on June 21.

1990: The Quebec legislature recognized June 21 as a day to celebrate Aboriginal* culture

1996: Governor General Romeo LeBlanc proclaimed that National Aboriginal Day would be celebrated June 21 each year. “On June 21st, this year and every year, Canada will honour the native peoples who first brought humanity to this great land,” said Leblanc. “And may the first peoples of our past always be full and proud partners in our future.”

2009: By unanimous motion in Canada’s House of Commons, the month of June was declared National Aboriginal History Month.

2017: Prime Minister Justin Trudeau announced plans to change the name to National Indigenous History Month, reflecting a national and international preference for the term Indigenous, rather than Aboriginal.

If you are interested in learning more about the Indigenous history that was not taught in schools or if you want to learn about history from the Indigenous person’s point of view, there are lots of reports. Some are quite lengthy but well worth the effort.