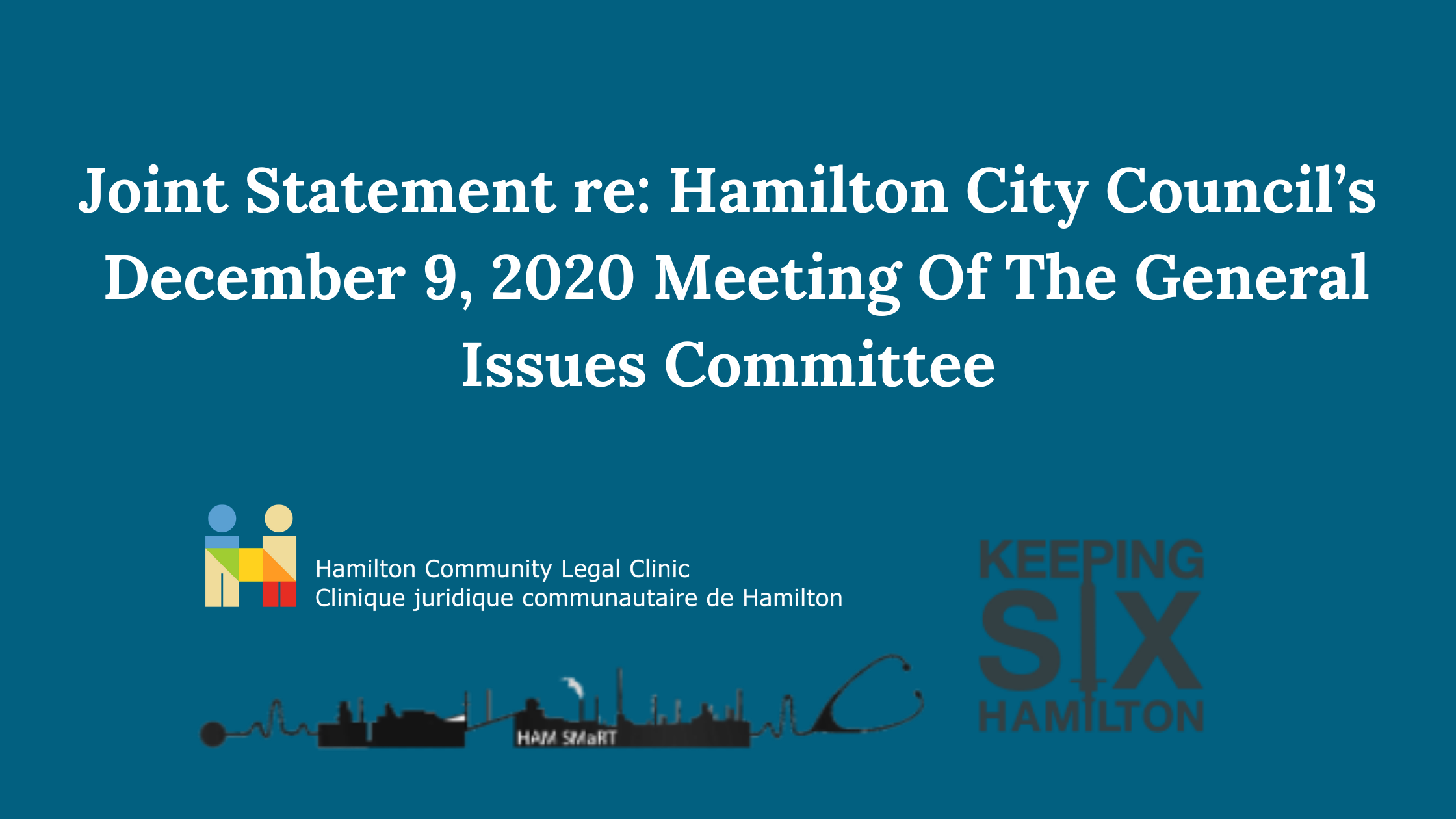 Some City Councillors have alleged that the encampment litigation was nothing more than a “stunt” that was deliberately launched on the Friday before a summer long weekend.  We wish to set the record straight on the rationale and timing of the encampment litigation this past summer.  For anyone interested in a comprehensive timeline of events, please see keepingsix.org/encampments for an interactive timeline of our interactions with the City on this issue. As previously stated we, along with Wade Poziomka from Ross & McBride, had reached out to the City’s legal counsel and Housing Services staff about our concerns regarding the dismantlement of encampments well before a motion for an injunction was filed. These concerns are well documented elsewhere and we will not reiterate them here.

While the City did agree to listen to our concerns, we had just started meeting with staff and counsel to come to an agreement . Throughout this process, we were insistent about our desire to resolve matters informally and out of court.  We were also candid about the fact that, if the City were to plan a further dismantlement, it would force the parties into litigation.

On July 28, 2020, HAMSMaRT and K6 received a call from the Director of Housing Services advising that the encampment on Ferguson would be cleared on July 31, 2020.   We sent emails and made calls to Housing Services, the General Manager of Healthy and Safe Communities Paul Johnson, and City Counsel. The leads on this file,  Paul Johnson as well as the City’s legal counsel, were both on vacation when the call was made to dismantle the Ferguson encampment. The City staff and legal counsel who did respond were unable to make a written commitment that no one would be forcibly removed against their will.  With less than three days to go, we were forced to file for an injunction to stop the dismantlement. On July 30, 2020  a Superior Court judge was satisfied that there was a risk of “irreparable harm” to encampment residents, and the injunction was granted.  Of note, the City took no position on the injunction.  The injunction was later extended on consent. If the City were interested in really looking at what prompted the injunction, they need look no further than who ordered the dismantlement of Ferguson while we were in talks with City staff as to how to resolve this out of court.

As such, it should be abundantly clear that the decision to file for an injunction before a long weekend was not a “stunt”.   There was a long lead up that was full of communication between the parties, and never was the possibility of litigation unclear.  The timing and necessity for the injunction was entirely in response to the City’s plan to dismantle the Ferguson encampment.

The injunction was an absolute last resort for us and even after  it was granted, we continued to reach out to the City for an informal resolution. These efforts continued until the 11th hour, when the City agreed to enter settlement discussions in mid-September.  An agreement was reached shortly thereafter. The vast majority of the legal fees incurred by the City would have been avoided had the City agreed to enter settlement discussions with us immediately after the injunction was granted, as we had proposed.

In the recent GIC meeting, the allegation that a tent drive created artificial homelessness was again raised.  These allegations demonstrate a fundamental lack of understanding of the issues that have driven more people to sleep unsheltered across our entire country during this pandemic. City councillors in Hamilton alleging that the increase in people sleeping rough in our city was caused by the very people who work every day to serve these individuals is an embarrassment.

Last week’s GIC meeting also discussed the recent Defund the Police and Invest in Housing protest. A number of councillors are conflating the work of K6/HAMSMaRT and the Hamilton Community Legal Clinic with the Defund HPS  organizers. The City of Hamilton has a rich history of political activism and social justice movements.  There is not “one party” with “one individual” behind recent events.  There are in fact many groups who are both deeply concerned about the housing and homelessness crisis, and committed to effecting change. Further, we take issue with the council’s smearing of the Defund HPS organizers.  As an organization that has chosen  to work through institutional channels, be it the City bureaucracy or the courts, we respect and deeply recognize the need for a diversity of strategies for achieving change.  We believe that ire of those in council should be directed at the injustice, not those raising it for resolution.

In addition to misrepresenting the issues, some councillors have reduced their arguments to the level of personal attacks, namely against Dr. Jill Wiwcharuk, who has worked tirelessly to serve the community for more than a decade.  The contorting of the advocacy Dr. Wiwcharuk does in the interest of her patients into “harassment and hijinks” is simply shameful.

This issue of housing is one of the most pressing of our times. It is exhausting and unproductive to repeatedly have to respond to unfounded allegations while we are working daily on the streets with our patients, clients and friends who are dying from the inaction. Currently, all signs point to a worsening not an improvement of the problem.  We recognize and have repeatedly acknowledged that the problem of the housing crisis is bigger than anything the City has capacity to resolve on its own.  Our simple request from the beginning of the pandemic was to ask the City to refrain from doing harm by further dislocating people who had nowhere else to go.

We are proud that our actions have played a role in achieving some measure of that modest request.  There is much work to be done, but there has been a shift in culture with respect to encampments and how to engage with people in ways that don’t do more harm.

But now we need to do more than just do no harm. We need honest, intelligent conversations that trade in facts, and not attacks and deflections of responsibility.  We need imagination and ideas that both build and depart from the status quo. Let’s build on City and community partnerships and work together for an inclusive community, actively engaged in making Hamilton a better place for everyone.